This episode of Share Science features Chris Rand, MSc, Aurora Scientific’s sales and marketing manager. Aurora Scientific provides precision instrumentation of the highest quality, design, construction, and functionality to support research and discovery. In this interview, Chris shares Aurora Scientific’s history, their journey within the preclinical research world, and their advance into the neuroscience space.

What is Aurora Scientific’s origin story?

Some people may not know this, but Aurora Scientific started out as a custom engineering firm with David James back in 1982. We have been around for quite a while. Our now co-owner and president Geoff Chandler joined the firm a couple years after that, during which they developed several instruments that were used by industry and government, including fast-response gas sensors and pressure-reducing devices. In 1997, David and Geoff formed an official partnership, relocated the company to Aurora, Ontario, and changed its name to what it is now, Aurora Scientific, Inc.

“This idea of creating custom instruments that meet a specific need or a niche need is at the heart of who we are, and it’s something we feel sets us apart.”

What was the product that launched Aurora Scientific into the preclinical space as a big player?

Shortly after David James retired in 2008, ownership was transferred to Geoff Chandler and Joan Chandler. At that same time, we had the opportunity to acquire what we now call our Dual-Mode Lever, as well as our line of Force Transducers. For us, this was a pivotal move to carve out a space in academia and become a big player in the field of physiology. We had formulated our muscle physiology systems around this lever system, which provides the unique ability to characterize muscle function in a dynamic way. The lever system can assess contractility in a physiologically-relevant way so that you can get a true sense of muscle quality when you’re performing a lengthening contraction, or when holding a constant load and measuring the power that the muscle produces. These parameters become more translatable than if you were to focus strictly on isometric muscle function.

“Ultimately, we saw this as a valuable piece of the puzzle, providing functional measurements independent of animal behavior.”

We thought at the time that these systems would only really be useful for physiologists, not knowing the kind of impact it could have in neuroscience. We’ve had the privilege of working with several researchers who’ve studied animal models of amyotrophic lateral sclerosis, spinal muscular atrophy, spinal cord injury, and other neurodegenerative disorders. It’s kind of funny because I did my grad studies in neurobiology and I always thought that neuroscientists focused heavily on the presynaptic side and never really cared about the downstream effects. Conversely, I thought muscle physiologists were very focused on the postsynaptic side, how the muscle works, and what happens when it goes wrong. This area has really thrived in the last couple years with the interplay of nerve function loss and muscle function degradation. That’s a field that’s really grown for us over the years.

How did the idea for the 300C-I mechanical stimulator come about?

“We’ve been lucky enough to work with many great researchers over the years that see us as a trusted partner in the field and have come to us with ideas for either a new product that they want to see developed or a new application for something that already exists.”

In this case, we had been using our lever system, as I just talked about, almost exclusively as a way to measure muscle function, muscle contraction, or how much tension is produced. However, a group of researchers in the field of nociception, which is the study of pain, had this idea of using this system to control and measure force and length to reliably apply a compressive load to a piece of tissue, something like a skin nerve prep, and measure the mechanical sensitivity and receptor fields of nociceptors.

For this, we simply modified the lever arm to become what we call an indenter arm, and we designed these Teflon tips that you can put on the end of a specific diameter. From that, our 300C-I Dual-Mode Indenter was born. Since then, there have been so many cool and unique uses of this mechanical stimulator, such as measuring meninges sensitivity in the brain. It’s been used in models of migraine and traumatic brain injury, and even in vibrotactile sensing and Parkinson’s disease. It’s really cool to see what ideas people have for us.

Can you describe how an outdoor gas dispersion sensor became a trusted tool in the olfaction community?

I mentioned earlier that Geoff and David worked on those fast-response chemical sensors, which were actually used to detect and map the dispersion of gas released into the air from a central point. If a cylinder was to release gas, how does that plume move through the environment? How fast does it reach a certain distance? What concentration does it get to? This sensor had been used for this application for years. Once again, a group of researchers in the field of olfaction came across the device and proposed a new application for it.

“In olfaction, temporal resolution is paramount. Speed is everything, as the nervous system processes incoming orders at an incredible rate.”

It’s really important to be able to characterize the odor plume that an animal senses to determine things like: when does it get there? How long does it take to reach a stable concentration? What concentration does it reach and how long until it dissipates back to baseline? All of these questions are vital to olfaction researchers to validate the odor stimulus that the animal is receiving and when. It’s even more important for those who study neuronal responses in the olfactory bulb, where you can line up the timing of when an odor stimulus reaches the animal and when the brain actually senses and processes that odorant.

“This is what really has cemented the miniPID as an invaluable tool in olfaction labs around the world.”

As the miniPID grew in the field of olfaction, we realized that a lot of labs use it as a validation tool for an odor delivery system called an olfactometer. These systems are often built in-house, and they’re really hard to maintain if you build your own. They’re also difficult to find commercially. In order to better serve these researchers and provide an easy-to-use, reliable tool, we commercialized an olfactometer designed by Dmitry Rinberg, which was originally called the 206A. We’ve since modified and improved upon this design in our latest 220A Olfactometer, which can easily integrate with our miniPID and other equipment like functional MRIs, behavioral mazes, and reward systems. Very excited about that.

How do you see Aurora Scientific growing in the next few years?

I think we’ve always taken pride in being a source of knowledge or education that people can trust and partner with. I think we’ll continue to grow in that regard by providing more resources like virtual demos and webinars that we’ve been doing over the past several years. Of course, more learning opportunities for our clients to help them be successful.

“[We] can’t predict what the future holds, nobody really can, but ultimately we’re here to support scientific discovery and be a partner in the process.”

By continuing to listen to the clients and addressing their needs, we can continue to grow into new application areas, as we’ve already shown. We can take an idea or roadblock someone is having and turn it into a beneficial tool for some researchers.

Click the button below to learn more about Aurora Scientific’s journey, instrumentation, and future plans!

Listen to the podcast

Check out these webinars from Aurora Scientific: Professor David Barefield gives an in-depth discussion on his research investigating the role of the MyBP-HL protein in atrial dysfunction. 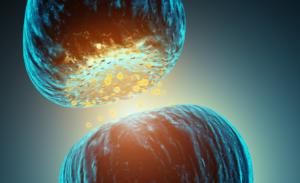 Professor Yalda Moayedi discusses the functional diversity of oral mechanosensory neurons, as well as how changes in mechanosensation impact function over a lifetime.