Dr. Edward Moreira Bahnson is originally from Montevideo, Uruguay; He received a B.Sc. in Biochemistry from the University of Uruguay, and moved to the US to pursue his doctorate. He received his Ph.D. in Biomedical Sciences from Kent State University, Kent, OH studying no-coenzyme effects of vitamin B12 in vascular cells. He determined that the reduced form of vitamin B12 reacts with superoxide at a rate approaching that of superoxide dismutase, and he proposed an antioxidant function for vitamin B12 in addition to its canonical coenzyme function. For his postdoctoral training, he joined the Simpson Querrey Institute and the Division of Vascular Surgery at Northwestern University where he started developing new strategies to treat cardiovascular disease including targeted drug delivery to the vasculature. He co-developed a nitrosated nanofiber targeted to sites of arterial injury to inhibits neointimal hyperplasia after arterial injury.

Dr. Moreira Bahnson joined the Division of Vascular Surgery in the Department of Surgery, and the Center for Nanotechnology in Drug Delivery as an Assistant Professor in August 2016. Dr. Moreira Bahnson’s research program focuses on the study of vascular disease and developing of targeted delivery of therapeutics for the vasculature. To study vascular injury he developed a novel technique using Light Sheet Florescent Microscopy, which allows for unbiased and precise analysis of the arterial injury response in 3D. In addition to his vascular research program, he is involved in many DEI efforts. He is Chair of the Provost’s Committee on LGBTQ Life; he is chair the DEI committee of the Society for Redox Biology and Medicine; a member of the SACNAS chapter at UNC, he is co-founder and faculty advisor to STEM Pride of the Triangle; trained Safe-Zone facilitator and co-developer of the Safe-Zone training for STEM professionals.

On a personal note Dr. Bahnson enjoys singing (he has been a part of various choruses over the years), and dancing tango. He also enjoys cooking and baking, and going for a walk with his husband Matthew, his twin daughters Tori and Bella, and their dog Wellington. 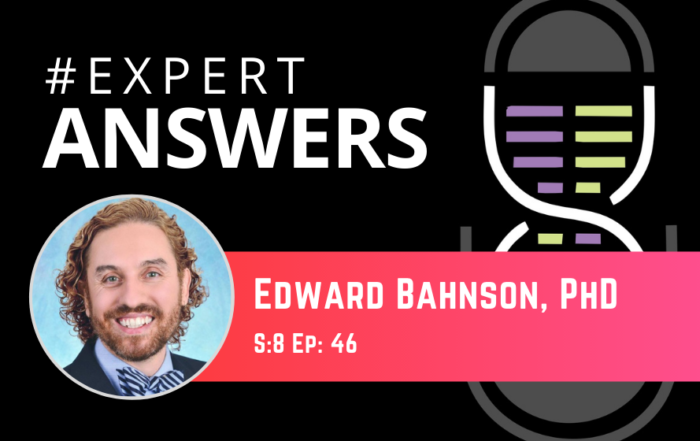