Cardiovascular Pathophysiology In the Setting of Spinal Cord Injury

In this webinar, Christopher West, PhD, shares his research on the autonomic and cardiovascular changes that occur following spinal cord injury (SCI) and shares insight into the current and past state of SCI research.

In this webinar, Christopher West, PhD, shares his research on the autonomic and cardiovascular changes that occur following spinal cord injury (SCI) and shares insight into the current and past state of SCI research.

Dr. West begins this webinar by discussing the history of SCI research and how he became interested in this field. Traditionally, SCI has been considered a permanent, untreatable debilitation. When the first dedicated SCI research unit was launched in 1944, their main focus was on the paralysis that accompanies this illness. Since then, a majority of spinal cord research has focused on cellular responses to injury and whether cell therapies could improve motor and sensory functions. While these motility impairments are the most obvious sign of injury, several other changes occur in various body systems following an SCI. For example, researchers have observed abnormalities in the autonomic nervous system after SCI, specifically in its ability to regulate the cardiovascular and renal systems

Dr. West became interested in this field of research after noticing that tetraplegic individuals had no significant change in heart rate or stroke volume when exercising at maximum intensity. This effect was not observed in paraplegic individuals, indicating that it was not solely a result of SCI. To investigate the autonomic and cardiovascular effects of SCI, Dr. West’s laboratory utilizes both preclinical models and patient population data.

In one study of how the human heart responds to SCI, Dr. West’s group first performed a meta-analysis of all echo studies done within this field. When compared to able-bodied individuals, those with SCI exhibited lower left ventricular volumes, dimensions, and mass indices, but had equivalent ejection fractions. Dr. West’s laboratory then confirmed these studies for themselves and developed rat and porcine models of SCI to help advance basic and preclinical cardiovascular research.

This rat model had a midline contusion injury induced at the T2/T3 spinal segment, resulting in an incomplete injury, much like what would be observed clinically. While injuries to the lower thoracic region had been previously modeled in pigs, Dr. West’s laboratory extended it up to the T2 segment. Using these animal models of SCI, Dr. West was able to observe reduced sympathetic nerve activity, blood pressure, and cardiac volume and contractility, as well as increased cardiomyocyte atrophy.

“[There is] about a 30% reduction in pressure-generating capacity after injury. This is sustained [long-term].”

To conclude this webinar, Dr. West highlights some acute and chronic interventions available to those suffering from an SCI, as well as where he sees for the future of this field. While few acute interventions are effective in spinal cord healing, increased blood flow in the acute setting can help drive increased perfusion into the spinal cord, which can then help reduce the effects of secondary injury in the long term.

In contrast, chronic interventions appear to be more effective in remediating some of the vasculature and circuitry. For example, intermittent hypoxia has been shown to improve plasticity throughout the carotid artery, resulting in long-term facilitation within various motor pools. Epidural stimulation has also been shown to improve spinal cord circuitry and increase cardiac pressure. While these chronic interventions may not return the individual to their previous activity level, these therapies could improve their circuitry and nervous system control.

Dr. West hopes to see improvements in all aspects of this field of research, both in animal models as well as in clinical practice. Currently, Dr. West is focused on linking the anatomical and functional plasticity of animal models, as well as improving cord oxygenation and reducing secondary injury in the acute setting. In the chronic setting, he plans to employ techniques like activity-based therapy, electrical stimulation, and hypoxia/hypercapnia to help individuals with SCI recover their motor and autonomic functions.

Cardiovascular Pathophysiology In the Setting of Spinal Cord Injury from InsideScientific Chris West is an Associate Professor in the Dept. of Cell & Physiological Sciences at UBC, who directs the Translational Integrative Physiology Laboratory. His lab aims to understand the pathways that control cardiorespiratory and autonomic function after spinal cord injury (SCI) and how to effectively manipulate them to improve their function.
Watch Webinar

Our transit-time ultrasound and ultrasound dilution technologies are the recognized gold standards in cardiac surgery, research and hemodialysis. 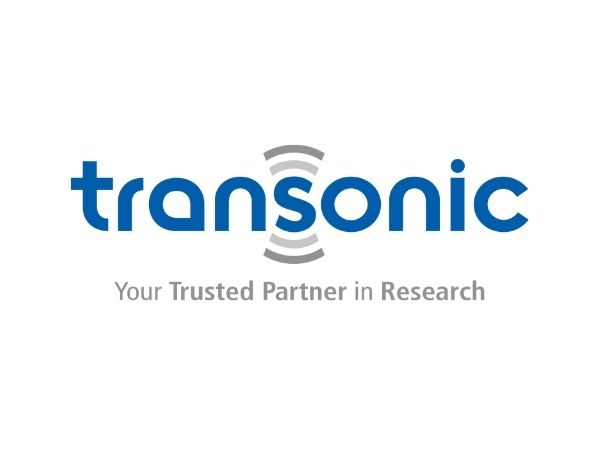 Join Cole McLarty and Dr. Danielle Senador for an introduction to the newest biotelemetry system in the life science field, EndoGear. An Integrated Understanding of Pressure and Flow – An Essential Partnership

Fiona McBryde, PhD shares her research that focuses on the relationship between blood pressure and blood flow to understand organ perfusion in health and disease states. Watch Eduardo Marbán, MD, PhD give a deep dive into the complexities of regenerative cardiovascular medicine and the future direction for cell therapies.