Dr. Fiona Harrison discusses how dietary deficiency and exposure to toxins can impact glutamate uptake and clearance, and the subsequent changes in neural signaling can be detected through altered EEG activity and performance on learning and memory tasks.

Dr. Harrison began this webinar with an introduction to the epidemiology of AD and its defining pathology, including a brief discussion of the recent Aducanumab approval and the beta amyloid hypothesis.

“. . . One of the interesting and in fact really hopeful facets of Alzheimer’s is that there is a huge difference in the clinical manifestation . . . that patients experience in relation to the pathology within the brain.”

Clinical data were presented, illustrating the lack of consistent correlation between amyloid neuropathology and cognitive impairment, however, in contrast, clear associations between amyloid deposition and behavior have been observed in mouse models of AD. This leads to one of the fundamental questions of AD research – how does the underlying basic pathology lead to cognitive decline? A number of possible factors were described, including nutrition, exercise, general health, sleep, education, and environmental toxins. These factors may in turn work via underlying pathological mechanisms such as vascular and metabolic pathways, neuroinflammation, oxidative damage, or neurotransmitter changes.

“To me, the really encouraging thing about Alzheimer’s research is that there is so much we can do in our lives to prevent the cognitive decline, or at least slow its onset, even in the face of pathology.”

Dr. Harrison’s lab is currently focused on the role of diet and environmental factors on glutamatergic excitotoxicity, and she introduced evidence linking hyperexcitability, epilepsy (including sub-clinical epileptiform activity), and seizures with cognitive decline in AD. Although AD mouse models differ from human disease in many respects, the presence of epileptiform activity and EEG changes may be a particularly useful phenotype as they are found in many of the widely studied models. An experimental protocol was then described, in which wild-type or APP/PSEN1 mice (a mouse model of AD) were repeatedly treated with low doses of kainic acid (an analog of glutamate that induces excitatory postsynaptic potentials) and then assessed for EEG activity and LTP, as well as learning and memory task performance. Initial experiments demonstrated that APP/PSEN1 mice treated with kainic acid exhibited reduced LTP in comparison with other groups, and this was associated with impaired memory retention when performing complex tasks.

“Given these mice were young, otherwise healthy . . . to see anything here . . . at this age after these mild challenges is actually quite exciting to us and indicates just how early in the disease process these kinds of cognitive changes may be occurring.”

In the next portion of the webinar, Dr. Harrison discussed potential mechanisms underlying the observed changes in APP/PSEN1 mice following kainic acid administration. Downregulation of EAAT2 (a glutamate transporter, also known as GLT-1) on astrocytes may result in elevated glutamate levels and associated neurotoxicity, and decreased EAAT2 has been observed in postmortem AD tissues. Here, decreased GLT-1 expression was observed following kainic acid treatment and this was further reduced in APP/PSEN1 mice, potentially accounting for some of the observed behavioral and electrophysiological changes reported.

“. . . even very mild perturbations in glutamate signaling can impact cognition and . . . this can be observed through changes in EEG even in very young animals and at very early stages of disease . . .”

Dr. Harrison concluded the webinar with a summary of sub-clinical and non-convulsive seizure activity in AD, the potential utility of EEG monitoring as a predictor of future cognitive decline, the role of dietary and environmental factors in AD susceptibility and progression, and the potential for early neuropathological changes to better inform future treatment and intervention options.

To learn more about the other webinar in this 2-part mini-series, click here. The Aurora Scientific team will perform a live virtual demonstration of their 3-in-1 Whole Animal System, using a methodology focused overview of the 3 main experimental techniques for assessing contractility of whole muscle in murine models. 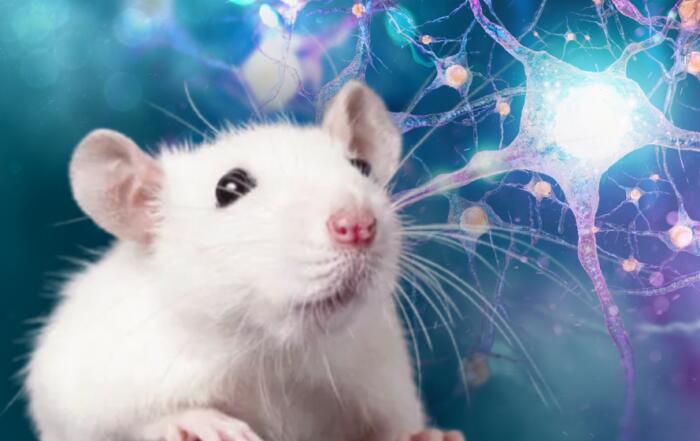