Electrophysiology of Human Native Receptors in Neurological and Mental Disorders

Dr. Limon begins this webinar with an introduction to synaptic dysfunction in human disorders, including autism, schizophrenia, major depressive disorder, and AD. All of these conditions have multifactorial etiologies and also involve changes in dendritic spine number over time that are associated with the development of symptoms. Establishing animal models for such complex disorders is inherently difficult, and even in cases where such models do exist, they fail to recapitulate all of the characteristics of the relevant human condition. Further, in some cases, such as non-demented individuals with AD pathology (as revealed on postmortem examination), no clinical evidence of underlying disease pathology is detectable. Indeed, as Dr. Limon demonstrates, a reduction in cortical thickness (as much as one third) with age may be observed without accompanying cognitive impairment, at least in part due to brain reorganization and plasticity.

“The question is how to study the functional alterations in neurotransmitter receptors that are fundamental for neuronal activity and are a convergence point for multifactorial disorders?”

One method for evaluating changes in neurotransmitter receptor function is the study of recombinant receptors. However, Dr. Limon emphasizes that while useful, these methods do not replicate all features of native receptors, and these differences may be further exaggerated in disease. To overcome these limitations, Dr. Limon’s group developed a method for extraction of membrane tissues from clinical and postmortem human samples for microtransplantation of proteoliposomes into Xenopus oocytes. Using this approach, they are then able to conduct voltage-clamp experiments of functional native human receptors and evaluate their response to agonists and drug treatments.

“An important point here is that the Xenopus oocytes . . . don’t have endogenous GABA receptors or AMPA receptors or kainate receptors, so when we have a response to GABA, that means that . . . the response is coming from human receptors that were transplanted.”

Examples of labelled oocyte membranes are shown, together with electron microscope images and electrophysiological recordings, illustrating the presence of functional transplanted receptors.

As mentioned previously, dendritic spine density is reduced in schizophrenia so Dr. Limon, in collaboration with other groups, used RNA sequencing and synaptosomal preparations to study frozen dorsolateral prefrontal cortex postmortem tissues obtained from individuals with schizophrenia and controls. These experiments revealed genes and proteins that were upregulated or downregulated in schizophrenia; notably, many of these were components of neurotransmitter and synaptic signaling pathways. In addition, lower AMPA receptor currents were observed in response to kainate application in schizophrenia than controls. Through correlation of proteins with AMPA receptor current amplitude and integration of other data, signaling pathways associated with synaptic dysfunction in schizophrenia were identified.

“This tells us that in Alzheimer’s disease the parietal cortex and temporal cortex show a strong loss of excitatory but also inhibitory synapses.”

In the next portion of the webinar, Dr. Limon introduces E/I balance and evidence linking this ratio with the pathology of brain disorders such as AD. Employing the microtransplantation technique introduced previously, the E/I balance in human cortex tissue samples was evaluated at different postmortem intervals. Using fluorescence deconvolution tomography applied to a series of parietal cortex slices, E/I balance was quantified and correlated with electrophysiological data. E/I ratio varies with brain region, but differences between controls and AD samples were observed, with increased E/I balance evident in the parietal and medial temporal cortices.

Dr. Limon concludes this webinar by highlighting the potential application of these techniques to tissues from the numerous brain banks found throughout the United States.

#ExpertAnswers: Agenor Limon on the Electrophysiology of Human Native Receptors Dr. Limon's research focuses on understanding pathophysiological processes that underlie the synaptic remodeling of excitatory and inhibitory signaling in neurological and mental disorders, with the goal to generate better therapeutic strategies to correct abnormal neurotransmission.

Multi Channel Systems focuses on the development of precise scientific measuring instrumentation in the field of Electrophysiology for research groups at universities and for the pharmaceutical industry. MCS provides solutions for extra-cellular recordings with microelectrode arrays in vitro and in vivo as well as for electrical stimulation. 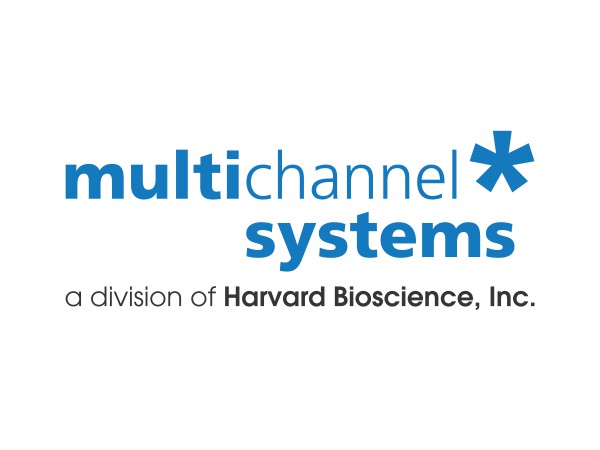