Professors Franck Lebrin and Denis Vivien discuss in vivo molecular and functional imaging, including ultrasound-based markers, and their application to the study and treatment of neurological disorders such as cerebral hereditary angiopathies and stroke.

Early vascular dysfunction is increasingly recognized as the underlying cause of many neurological diseases. The development of drugs targeting vascular damage at its earliest stages could therefore pave the road towards the treatment of neurological disorders. However, to be effective, this therapeutic approach will require the identification of early markers of vascular injury.

In the first portion of the webinar, Prof. Lebrin discusses his research on ultrasound markers of early vascular dysfunction in cerebral hereditary angiopathies (CHA) and the testing of novel therapeutic agents that restore vascular function. Albeit rare, blood vessels from CHA exhibit the salient features of other neurological diseases and as such provide tractable preclinical models for research and defined patient groups for trials. Prof. Lebrin expects to identify early cerebrovascular markers that could ultimately be translated to the clinic for monitoring of disease progression and drug action.

In the second portion of the webinar, Prof. Vivien presents current therapeutic approaches for ischemic stroke intended to restore cerebral blood flow (CBF) as quickly and efficiently as possible, including rtPA treatment (tissue type Plasminogen Activator) and endovascular thrombectomy (EVT). Prof. Vivien’s research aims to better understand the spatiotemporal evolution of specific functional and molecular events that occur during and following stroke, using a unique combination of in vivo high-resolution functional ultrafast ultrasound imaging (HR-fUS) and high-resolution molecular magnetic resonance imaging (HRmol-MRI). This project has led to the proposal of an innovative platform to test future therapeutics of ischemic stroke with a greater chance of successful translation to the clinic. Franck Lebrin is a vascular biologist at Leiden University Medical Center and PHYSMED Paris. His research interests are: 1) development of drugs preventing vascular damage to treat inherited vascular diseases and neurodegeneration; 2) identification of ultrasound markers of brain disease. He is a member of the GRMAB of CureHHT and of the European Research network WOG. Denis Vivien, PhD, is a Professor of Cell Biology at Caen-Normandy University, a University Hospital Practitioner (PUPH) at Caen Hospital, Head of the Center for Biological Resources (CRB-InnovaBIO), Director of INSERM Physiopathology and Imaging of Neurological Disorders, and Scientific Director of Blood and Brain @ Caen-Normandie Institute; his research is focused on tissue plasminogen activator (tPA) and neurovascular disease.

We are committed to delivering unparalleled neuro functional imaging tools to the scientific community. Helping researchers worldwide to shed light on the brain and central nervous system and better understand the associated pathologies to progress toward  effective treatments. 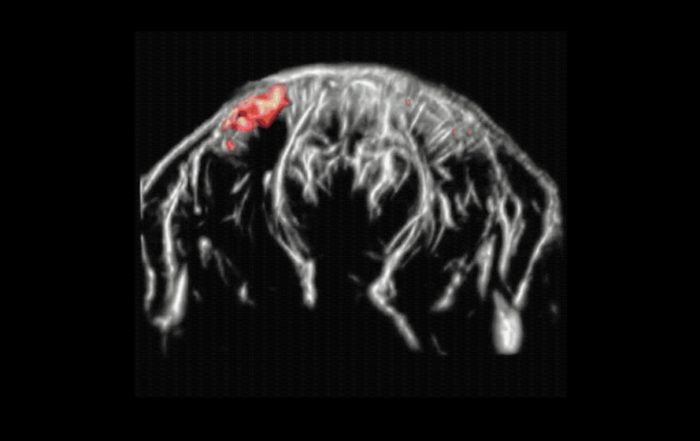 Join Connar Westgate, PhD for a deep dive into intracranial pressure measurements and the importance of understanding this physiological parameter for maintaining normal CNS function.