In this webinar, an expert panel of health system innovators, healthcare payers, and industry professionals, along with patients and parents, provide insights into improving maternal and neonatal outcomes using real-world evidence (RWE).

To begin this webinar, Eric Stanek, PharmD, and Michael Grabner, PhD, from Anthem, Inc. and HealthCore Inc., respectively, present a real-world evidence (RWE) case study in the area of preterm birth (PTB) and provide a payer perspective regarding the use of RWE. HealthCore, a subsidiary of Anthem, is a health services research company and one of the largest national health insurance companies in the United States with 45 million active users as of 2021. These users provide HealthCore with a large range of data sources for research (e.g., medical and pharmacy claims) as well as information for interpreting how these data were generated.

Approximately 400,000 babies are born prematurely each year in the United States. The cost of preterm delivery is at least 10 times more than that of a full term delivery, and the average duration of a hospital stay for premature babies is 17 days, compared to 3 days for full-term babies. Of those hospital stays, 55-70% of premature babies are in the neonatal intensive care unit (NICU), whereas only 9% of full-term babies require NICU stays. Furthermore, premature babies are at high risk for comorbidities (e.g., cerebral palsy, respiratory and cardiovascular complications, developmental delays, etc.), and 17% of infant deaths can be attributed to PTB or low birth weight.

“All of this burden that we’re speaking of is realized in our members as well as for our clients. … One of the biggest challenges that we have in addressing preterm birth is that the majority of preterm babies are born from mothers with no known risk factors which makes targeting interventions extremely difficult.”

Eric introduces new technology that can help screen for PTB risk: the PreTRM Test from Sera prognostics is a simple test conducted from a venous blood sample in the 19th or 20th week of pregnancy in women who are asymptomatic at the time. The test measures two circulating proteins and allows for the identification and quantification of PTB risk in 4 out of 5 mothers who could not be identified previously. Clinical validation studies have also reported the test to have a sensitivity and specificity of approximately 75% and 74%, respectively.

Michael next provides an evidence base for the PreTRM test, which has been evaluated both analytically and clinically. The test has demonstrated economic value as well using a previously published budget impact model that was populated with data from Anthem memberships. Michael provides a detailed explanation of the cost effectiveness study, highlights four methodological challenges that had to be addressed as part of this modeling exercise, and provides data demonstrating the reduction of PTBs and cost savings with the PreTRM test.

“Our main finding was that the use of the PreTRM Test, when combined with evidence-based treatment, achieved something that you rarely see in healthcare, which is both an improvement in effectiveness, that is reduction in the number of preterm births, as well as the reduction in the overall amount of costs that were accrued within the population.”

Eric explains that this case study provides a great example of payer involvement in maternal and child health, but their interest does not end there. There is a multidisciplinary effort within HealthCore that is focused on maternal and neonatal infant outcomes, quality of care across geographies and providers, and levels of disparity in social determinants of health, comorbidities, and procedures. All of this output advises clinical policy and programs, contributes to scientific literature, and is intended to improve maternal and neonatal outcomes. HealthCore also has a broad maternity RWE portfolio that works with various external clients including government and life science partners, and in a variety of therapeutic areas and drug classes.

“As pregnant women are often excluded from trials, real-world evidence on safety and effectiveness is … quite necessary and the HealthCore team is very active in that area.”

In the next portion of this webinar, Deb Discenza, BSc, MA, and Jennifer Degl, MSc, provide NICU parent perspectives. Deb first shares the story of her daughter Becky, who was born ten weeks prematurely. At 26 weeks of gestation, Deb expressed to her doctor that she thought her daughter might be premature since she was born premature as well, but was ignored. At 30 weeks, her daughter was born weighing 2 pounds and 15.5 ounces, and almost passed away twice. After 38 days, she and her daughter left the hospital, returning home with oxygen and a monitor.

“I felt more like a nurse than I did her mother. It was terrifying and I felt like a complete failure when Becky ended up back in the hospital five days later for breathing issues and for feeding issues.”

Parents often discuss hospital bills and costs of the NICU; despite the fact that the NICU generates a vast amount of revenue, NICU research is limited, particularly when compared to cancer, diabetes, and COVID. Deb stresses that delivering a premature baby does not mean just one stay in the NICU, but a lifetime of behavioral, mental, physical, and emotional challenges.

“I see so many families struggling in and out of the NICU. It’s disturbing. And these babies are a legacy in this community. We should all care, preemie or not.”

Deb and Jennifer sit on the leadership team at the International Neonatal Consortium (INC), and their roles include giving speeches, attending meetings, providing valuable input from a parent’s perspective, and collaborating on articles such as a parent commentary for the Journal of Pediatrics. Additionally, Deb has started a project called “Preemie Crystal Ball” which pools data along a baby’s lifespan to help generate better research.

Next, Jennifer shares her own experience as a maternal near miss survivor. Jennifer’s daughter was born at 23 weeks of gestation weighing 1 pound and 4 ounces, and spent 121 days in the NICU. Although her daughter does not remember her experience in the NICU, it still has an effect on her to this day, and she now lives with bronchopulmonary dysplasia among other conditions.

“It occurred to me … that most families, most parents that are having full-term pregnancies or expect to maybe heard of the [NICU] once or twice, they just think babies go there for a little bit of time, and [they] don’t really have an understanding of what it’s like to have a really premature or medically-fragile baby, and I wanted to change that. So that’s why I’m here, … [to] advocate for babies and families.”

Historically, parents of premature and medically-fragile babies had few resources available to them to prepare for their NICU stay and to guide them through complex medical decisions during this time. Jennifer explains that more information and education will help these families process their situation better and participate more in decision making alongside the medical team. There is a lack of research for NICUs in general for many reasons; for example, the population of NICU babies is much smaller than in other research areas like cancer, and parents are often reluctant to consent to participate in clinical research.

“What makes it really unique, the INC and the work we do, is that we are such a multi-disciplinary group. … We have the NICU staff, we have neonatologists and nurses and physicians and researchers, we have regulators even in industry, but they always include the parents.”

In addition to the editorial that was previously mentioned, Deb and Jennifer have recently published an editorial in the Journal of Perinatology regarding parent perceptions from INC multi-stakeholder surveys on how research is communicated in the NICU. To conclude this portion of the webinar, Jennifer shares ways that anyone can get involved with the INC and resources.

In the final portion of this webinar, Thomas F. Miller, PhD, MBA, from Bayer provides an industry perspective and focuses on how real-world data (RWD) and RWE can improve neonatal clinical trial efficiency. These trials are difficult to conduct for many reasons; for example, children cannot advocate for themselves, which is why the voice of the parent is critically important in the design and implementation of the trial. Potential uses for RWD in clinical trials include information standardization, identifying patient endotypes alongside artificial intelligence and machine learning, and synthetically controlling studies by borrowing data from other data sources.

“Years ago, when I started in this game, this was not a practice that health authorities would have found palatable, but as the field of data sciences has matured to the degree that it has, we can in fact take seemingly disparate datasets and force conformance to ultimately produce tier one-level evidence.”

The webinar concludes with a Q&A discussion to dive deeper into these payer, parent, and industry perspectives, and can be found below. As Scientific Lead, Dr. Eric Stanek serves as a scientific and clinical leader on research projects ranging from Health Economics and Outcomes Research to prospective, pragmatic clinical trials. Over his nearly 30 years of experience, he has been extensively involved in clinical trial design and execution, health economics and outcomes research, health services research, and clinical program design and performance assessment. 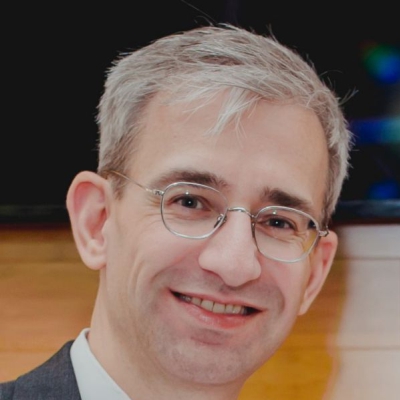 Dr. Michael Grabner has over ten years of experience conducting health economics and outcomes research using a variety of study designs, data sources, and statistical methods. At HealthCore, he is responsible for developing research solutions for clients in the life science and payer spaces, ensuring that study goals are realistic and delivered on time, and for the dissemination of research findings. Deb Discenza is a mother to a 30-week preemie, Founder of PreemieWorld, Co-Founder of the Alliance for Black NICU Families and Founder of Crystal Ball Health. Jennifer Degl is the mother of four, including a micro preemie, founder of Speaking for Moms & Babies, Inc., author of three books, articles in the both the Journals of Pediatrics and Perinatology, a member of the International Neonatal Consortium’s Leadership Team, and Board of Directors for the NICU Parent Network and NIDCAP Federation International. Dr. Thomas F. Miller is Vice President & Global Head, Pediatric Development for Bayer’s Pharmaceutical Division, a role he assumed in 2017. In total, Dr. Miller’s career in the life science industry spans more than 25 years, with a primary focus on the development of therapeutics, medical devices, and combination products for infirmed children.

HealthCore is finding evidence and truth at the core of healthcare. As a wholly owned, independently operating subsidiary of Anthem, Inc., we utilize a powerful research ecosystem of expertise, relationships, and data to generate the evidence needed to improve healthcare. 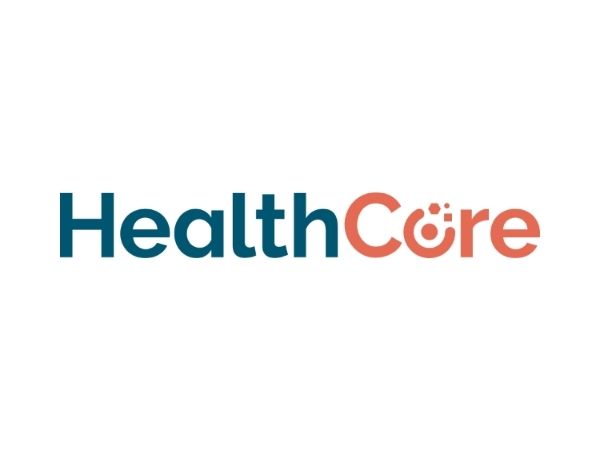 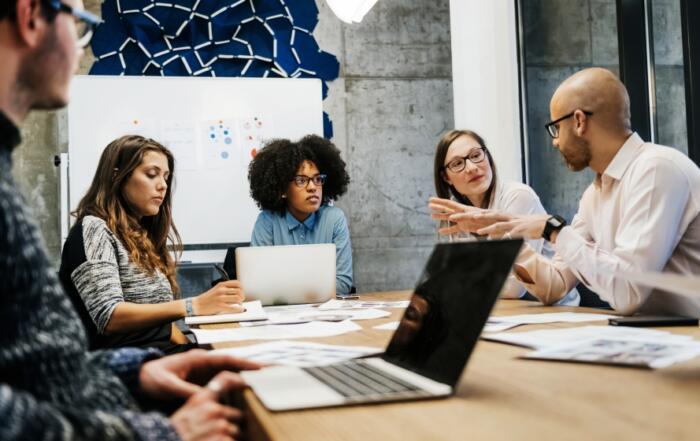 In this webinar, experts provide an overview of causal inference, along with step-by-step guidance to designing these studies using real-world healthcare data. Hear four experts from ICON and Kap Code provide insights on how to collect, use, analyze, and interpret social media data in different contexts. These experts share knowledge from over fifteen years of successfully developing and adapting algorithms to treat this kind of data. Experts provide a deep dive into what Health Technology Assessment (HTA) agencies do and the types of literature reviews they do. Achieving Consensus When Everyone is an Expert, but No One Agrees

Watch experts from PHAR, Novartis, and Bausch Health discuss the Delphi panels and how the results are used.