Dramatic time of day-dependent fluctuations are present in almost all aspects of human physiology. Professor Young explains that in healthy individuals, cardiovascular parameters change over the course of a day; blood pressure (BP) and heart rate (HR) drop during sleep, rise steeply upon awakening, and peak again in the early hours of the evening. This steep rise in BP and HR in the morning is associated with an increased incidence of myocardial infarction (MI) and sudden cardiac death.

“In fact, it’s been estimated that approximately two-thirds of all heart attacks occur between 6AM and 2PM, so that’s quite a tight window.”

Classically, rhythms in cardiovascular physiology have been attributed to behaviors such as sleep-wake and feeding-fasting cycles. To assess whether important factors in cardiovascular functions and rhythms are simply responsive to behaviors and/or environments, one study housed healthy volunteers in environments that simulated either 20- or 28-hour days. In many cardiovascular parameters, 24-hour rhythms were still observed, including an early rise in cortisol levels and HR. A secondary BP peak was also still observed, indicating that this is driven by an endogenous clock rather than behavior.

“Clearly, there are 24-hour rhythms that are driven by some endogenous system that is independent of our behaviors and our environment. We now know that that endogenous system is the so-called circadian clock.”

In the early 2000s, Professor Young studied cardiomyocyte-specific CLOCK mutant (CCM) and cardiomyocyte-specific BMAL1 knockout (CBK) rodent models to identify if there is an endogenous clock in cardiomyocytes that may affect heart function. Microarray studies revealed time of day-dependent oscillations of gene expression in wildtype heart cells, but not in the CCM and CBK hearts. Clocks have been found in nearly all mammalian cells, and it is now known that 5-10% of all genes expressed in the heart are regulated by the cardiac clock. Evidence also suggests that oxidative metabolism in the heart is increased at the beginning of the active period, while excess nutrients are stored at the end of the active period to maintain contractility during sleep. Myocardial growth and repair occurs at the beginning of the sleep period, and so there are high rates of cellular constituent turnover at this time.

“Is there any situation in which the clock becomes dysfunctional and that perhaps leads to or … contributes to disease?”

A dysfunctional cardiac clock can lead to disease, the best example of which is shift work in humans: shift workers experience circadian disruptions and have increased risks for workplace injury, cancer, preterm deliveries, gastrointestinal disorders, mental or cognitive disorders, cardiovascular disease (CVD), and MIs compared to individuals who only work during the day. In CBK animals, when the cardiomyocyte clock is disrupted, there is a hypertrophic phenotype with age. Heart failure also develops by six months, and death occurs by one year of age due to dilated cardiomyopathy.

“That’s a very, very severe phenotype, and clearly therefore the clock is essential for maintenance of normal cardiac function.”

In the second half of this webinar, Professor Young focuses on how nutrient intake timing affects cardiac health. Regular excess fatty acid storage in heart cells at the end of the active period can lead to contractile dysfunction, and if fatty acids are in excess during the sleep phase, lipid signaling species could become imbalanced. However, if challenged with fatty acids at the beginning of the active period, genes involved with fatty acid oxidation can be switched on, which increases the capacity to burn fat as a fuel.

“Based on this, we hypothesized that … if we force the rodent to consume lipid-rich meals at the end of the active period or during the sleep phase, that could be detrimental in terms of both cardiometabolic disease as well as cardiac dysfunction.”

The Young research group therefore performed studies in which rodents were fed low-fat diets (LFDs) and high-fat diets (HFDs) at different times of day. The Comprehensive Laboratory Animal Monitoring System (CLAMS) by Columbus Instruments was essential for these studies as it restricted mice to one type of feeder at a certain time of day and monitored food intake, physical activity, and energy expenditure. Mice were either fed HFDs at the beginning or end of their active periods (i.e., for breakfast or dinner) to determine the effects of lipid intake on cardiometabolic parameters.

The respiratory exchange ratio (RER) calculated provided an indication of which substrates were being used as fuel. In animals that were fed HFDs at breakfast, RER immediately increased to an intermediate level (i.e., both fatty acids and carbohydrates were being burned), which dropped at the end of the meal since they were fasting and burning fat. At the end of the active period, when fed high-carbohydrate meals, the RER indicated that carbohydrates were being burned as fuel, therefore demonstrating perfect metabolic flexibility. Interestingly, animals that were fed LFDs at breakfast exhibited RERs consistent with carbohydrate burning which did not drop during the four-hour fasting period, nor during the high-fat dinner. A consequence of this metabolic inflexibility was that these animals gained more weight than the animals that were fed high-fat breakfasts, had increased adiposity, and developed glucose intolerance, hyperinsulinemia, and dyslipidemia.

“Essentially, they developed cardiometabolic disease even though they were eating the same amount of fat and the same number of calories compared to the animals eating the high fat at the beginning of the active period.”

Further rodent studies also revealed that feeding rodents HFDs during their inactive period worsened their cardiac contractility. All of the studies described so far were performed to see if cardiac dysfunction could be prevented, but clinical patients tend to seek heart disease treatments rather than prevention strategies. To address what happens clinically, weight gain was induced in animals by HFD; these animals also developed markers for adverse cardiac remodeling. During the last two weeks of study, the animals were prevented from eating the HFD only during the sleep period. Results from this study indicated that even though the animals were still obese, steatosis and cardiac hypertrophy were reversed, and fibrosis was attenuated.

“When we then do this intervention for two weeks … we breathe life back into metabolic flexibility.”

In humans, branched chain amino acid (BCAA) elevation is associated with obesity, diabetes, and CVD. Professor Young therefore assessed how protein intake affects cardiac health and monitored the effect of just one BCAA-enriched meal on heart growth in rodents. No heart growth was observed in rodents who consumed this meal during breakfast, but surprisingly, there was a 70% increase in cardiomyocyte size when consumed at dinner.

“This was stunning. … I didn’t believe it at first. We ended up doing this 30 times and every time we saw the same result.”

When this feeding regime was repeated for four weeks in healthy animals, no cumulative effect was observed, suggesting that cardiomyocyte growth is transient. In animal models of heart disease, findings have indicated that consuming a high-BCAA diet for dinner every day over six weeks accelerates heart disease development. In terms of translational relevance, it has been suggested that humans who consume protein-rich diets for breakfast have better cardiometabolic health than those who consume protein for dinner.

To conclude this webinar, Professor Young summarizes these findings and stresses that if meals are consumed at the “wrong” time, the cardiac clock could become dysfunctional. Preclinical evidence also suggests that these clocks can be targeted for therapeutic interventions, as REV-ERBα agonists appear to be beneficial for cardiometabolic disease. 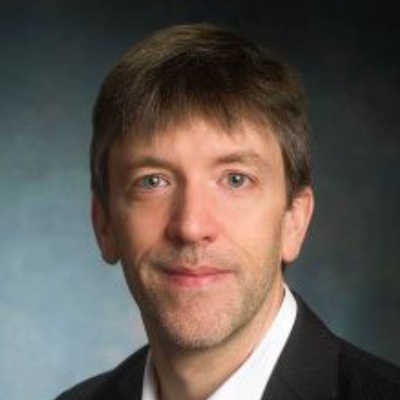 Professor
Medicine
The University of Alabama at Birmingham

Dr. Martin Young is a Professor of Medicine at the University of Alabama at Birmingham. His research focuses on understanding how time-of-day and nutrition influence cardiometabolic and cardiovascular health.