In this webinar, Professor Yalda Moayedi provides data from recent studies on the anatomical substrates and functional diversity of oral mechanosensory neurons, as well as how changes in mechanosensation impact function over a lifetime.

Chemosensory attributes such as taste and smell are often used to describe food, but oral textural perceptions are very important as well. However, little is known about the neurons and circuits that transduce these food textures. Professor Moayedi explains that understanding the biological basis of the neurons that underlie oral mechanosensation has implications beyond just flavor perception, including swallowing and generating speech. When the sensory motor systems that underlie feeding go awry, dysphagia can occur, which affects 15 million people in the United States and contributes to nearly 50,000 deaths annually.

“Despite these many important functions, we know really little about the mechanosensory cells and molecules that mediate oral behaviors, and so this is really the primary focus of my lab.”

First, Professor Moayedi provides data from experiments in both mice and humans that indicate the anatomical substrates of oral mechanosensation. Filiform non-taste papillae comprise the majority of the tongue surface, while fungiform taste papillae are speckled through the anterior two-thirds of the tongue. Biopsy cross-sections from healthy volunteers allowed Professor Moayedi to clearly distinguish fungiform papillae based on their relative size and epithelial structure. Interestingly, the Meissner’s corpuscle was identified in taste buds in the tips of fungiform papillae, which responds well to vibrations and had not been previously described in the human tongue.

Unmyelinated endings that convey pain and temperature-related sensations to the brain were found in taste buds, while myelinated neurons responsible for mechanosensation were found within, below, and surrounding the taste buds. To identify neurons in the oral cavity that mediate texture detection, Professor Moayedi also analyzed the protein localization of Piezo2, an ion channel required for mechanosensation in mammals, and studied transgenic mice that express a fusion protein of Piezo2 with a fluorescent marker; neurons that terminated the epithelium surrounding taste buds were found to be Piezo2-positive.

“When I found this, I was really excited to see that this structured mechanosensory ending has not been described in the literature prior to this, and so it represents a really novel type of neuron that I’m enthusiastic to investigate the function of in my lab.”

In humans, the predominant neuronal ending type with filiform papillae were end bulbs of Krause, which were not previously well-characterized in the literature; clusters of several bulbs were often found within a single papilla. Professor Moayedi also found that mice express Piezo2 in the end bulbs of Krause and concluded that these endings are likely to be mechanosensory neurons.

Professor Moayedi next explains that Meissner’s corpuscles sit at the apical tips of epithelial pegs within ripple ridges of the hard palate which likely detect vibrations. Clusters of Merkel cells were also found at the base of these pegs, which were well-innervated by myelinated neurons. Collectively, Merkel cells and myelinated afferents are known as the Merkel cell-neurite complex which encodes for fine textural features and sustained pressure. In mice, a similar organization of hard palate rugae with mechanosensory corpuscles in the ridges was found with Merkel cell-neurite complexes lining the base of those ridges. Data from this study indicate that hard palate rugae are anatomically specialized for high acuity touch.

“In our anatomical studies, we’ve identified a diverse array of putative mechanosensory endings in both the tongue and the hard palate, but what really remains unknown here is what features of stimuli do these neuron classes detect, then importantly, how do these different classes … convey textural features to relay a unified version of food qualities like that this chip is greasy and crispy versus compliant and dry?”

To investigate the functional diversity of oral mechanosensory neurons, Professor Moayedi employed a high throughput molecular imaging technique. Mice that express GCaMP6F, a genetically-encoded fluorescent calcium indicator, were used as a model system, and the animals’ neuronal activity was monitored in real time using fluorescence microscopy. Since trigeminal ganglia carry the majority of somatosensory information, they were imaged directly from head-fixed animals whose tongues experienced force-controlled indentations using Aurora Scientific’s 300C dual mode muscle lever. Calcium responses to both mechanical and thermal stimulation were recorded, and videos of these responses are provided. Robust calcium responses were observed when the tongue was indented, while a different neuron cluster responded to cold water

“You can really appreciate [that] the … neurons responding to pressure and cold flow are different by comparing the maximum projections in the stimulation windows here.”

“We next asked, what kind of stimuli do tongue-innervating mechanosensory neurons encode?”

For these experiments, brushing was applied in addition to the same series of forces as described previously. Professor Moayedi displays heat maps of these results which indicated that the vast majority of neurons responded only to brush; very different qualitative responses to pressure application were observed as well. Therefore, tongue-innervating mechanosensory neurons are functionally diverse. To identify how many functionally distinct populations are present as well as markers of these populations, transgenic mouse lines that mark functionally-distinct skin-innervating mechanosensory neurons were surveyed for whether they also mark those in the tongue; data from three of these mouse lines is provided.

“What I hope you can appreciate from these heat maps is that the majority of neurons in all groups are very brush-sensitive; however, neurons from different molecular markers seem to have different response dynamics to pressure. … Some neurons … have mostly transient responses to pressure while others have this sustained response … to pressure.”

Since common techniques for classifying neurons are generally done by biased visual categorization, Professor Moayedi developed a computational approach in collaboration with researchers from the University of Virginia. In this approach, cells were categorized based on their response properties to pressure and five unique groups of tongue-innervating trigeminal neurons that respond to pressure were identified. Each group was qualitatively different in terms of response kinetics, amplitude, and direction.

Findings from this analysis indicated that most tongue-innervating mechanosensory neurons are tuned to detect movement, have a transient response type, are brush-sensitive, and do not encode force well, suggesting that sustained forces sensed directly through the tongue are not the most important mechanical features that the tongue experiences. Additionally, cell body size followed the same pattern that was previously described, wherein sustained and transient clusters were the largest diameter neurons, and neuron clusters were molecularly distinct.

“We are now working on generating intersectional approaches to genetically target these three groups so we can then study their functions and flavor perceptions and other oral behaviors.”

The last experiments that are presented focused on how mechanosensation changes over a lifetime impact function. Many elderly humans experience swallowing disorders that may cause them to modify the types of foods they consume, and these feeding issues are usually accompanied by a decrease in oral discrimination and mechanical thresholds. Professor Moayedi focused on Merkel cell-neurite complexes to determine if changes in oral mechanosensory topology correlate with these declines. A mouse line in which Merkel cells were selectively ablated was chosen for this study, thus circumventing the other confounds of aging. Mice that lacked Merkel cells exhibited a significantly lower preference for oily liquid compared to control mice.

“Collectively, this suggests that Merkel cells are an essential contributor to detecting this mouth feel and in turn, loss with advanced age may alter preferences for related textures.” 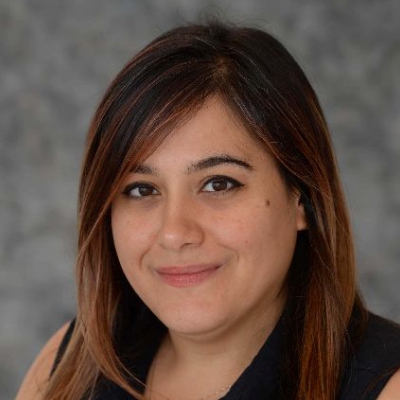 Dr. Moayedi is an Assistant Professor in the Departments of Neurology and Otolaryngology-Head & Neck Surgery at Columbia University. Her lab studies the neural basis of somatosensation, with a focus on cells and circuits that underlie oral and upper airway mechanosensation in humans and animal models.