Skip to content
Home / Webinars / A Novel Approach to Removing Urea from Dialysate: Methods and Validation by Amino Acid Quantification

In this webinar, Guozheng Shao, PhD, and Anna Scott, PhD, present an osmotic membrane for use in a portable dialysis device and its validation using amino acid analysis to quantify urea removal.

Dr. Scott begins this webinar with a discussion of existing methods of amino acid quantification and their diagnostic applications. Her research primarily focuses on the use of amino acid quantification as a tool to test for inborn errors of metabolism (IEM). Alkaptonuria, the first recorded IEM, is a genetic disorder that prevents the enzymatic metabolism of tyrosine and phenylalanine. Over time, homogentisic acid and its oxidized form, alkapton, will accumulate in the body, resulting in unusually dark urine. If there is a familial record of this disorder, amino acid quantification can be used to detect it before symptoms arise. Much like with alkaptonuria, the accumulation, absence, or presence of an unexpected amino acid can be diagnostic of specific IEMs, and can help accelerate treatment early on.

“IEMs are genetic abnormalities that alter basic metabolism of proteins, lipids, amino acid synthesis or breakdown, sugar metabolism, any enzyme defect in those pathways can cause some pretty dramatic disturbances.”

As a biochemical geneticist, Dr. Scott frequently employs amino acid quantification to pinpoint where in the genome a particular defect may be found. Dr. Scott primarily uses high-performance liquid chromatography (HPLC) and ultraviolet-violet (UV) spectroscopy to determine which amino acids are present in solutions. Ninhydrin, a colorless compound, can react with any amino acid to form Ruhemann’s purple. This solution is then fed through the HPLC column and, depending on how much light is absorbed and when it is recorded, will identify free amino acids. Tandem mass spectrometry can also be used for amino acid quantification, but it is typically less robust and reliable for patient samples compared to HPLC and UV spectroscopy.

“Tandem mass [spectrometry is] incredibly powerful… for measuring specific compounds, but not so great at the unexpected.”

These instruments, while very impressive in their analyses, are expensive to operate and require a dedicated team to ensure proper function. Additionally, both amino acid quantification methods require extensive assay validation to ensure accurate results and reproducibility between experiments. Verifying that the results obtained are free of instrumental error is critical for diagnosis and patient safety. Dr. Scott’s laboratory boasts both Clinical Laboratory Improvement Amendments (CLIA) and College of American Pathologists (CAP) accreditations, which certify that appropriate standards and protocols are met.

In the second half of this webinar Dr. Shao shares his research into a portable dialyzer, which he has been developing for the past five years. He first outlines the current problems with hemodialysis, which include the length of time patients are required to be at treatment centers as well as the high quantity of dialysate needed for operation. Patients require a total of 12 hours of treatment weekly, which uses approximately 120 L of dialysate per 4 hours, posing both a financial burden and decreasing their quality of life.

“The 5-year survival rate for most hemodialysis patients [is] 35%, which is similar to most forms of cancer.”

Dr. Shao has developed a novel, portable dialysis machine that decomposes urea in real time. This portable dialyzer operates for longer periods of time compared to current dialysate machines, which lowers the arteriovenous fistula blood flow rate and can alleviate many common symptoms associated with hemodialysis.

Most hemodialyzers today utilize a high- or low-flux membrane to remove uremic toxins from blood, but these membranes offer very poor selectivity in the low molecular weight range. A few attempts have been made to create a more selective membrane, most of which are unsuitable for clinical use. Dr. Shao proposed a photochemical cell with multiple electrodes to decompose urea, which has not yet been done at such a large scale. By increasing areas of titanium dioxide and optimizing flow channels for maximum urea diffusion, Dr. Shao created a highly effective cell for long-term use.

This photochemical unit decomposes urea as it enters the cell and allows the dialysate to be regenerated. While this cell was initially very efficient at removing urea from a salt solution, its efficiency was greatly reduced when utilized on human spent dialysate. Glucose was also decomposing at the same rate as urea, likely due to a lack of membrane selectivity. Approximately 130 uremic solutes could also be present in dialysate fluid, further necessitating greater membrane selectivity.

Therefore, Dr. Shao proposed adding an additional filter to the photochemical cell. Use of a forward osmosis membrane improved this process and allowed for greater selectivity, ensuring only urea entered the decomposition unit. Furthermore, approximately 20 g of urea could be removed from human spent dialysate, far exceeding the required amount of 15 g. Dr. Shao’s dialyzer also utilizes an activated charcoal filter to eliminate ammonium waste produced from the decomposition of urea.

“After a short activated carbon treatment, the cytotoxicity [from ammonium] was almost removed.”

This two-stage uremic toxin removal helps prevent interference from other uremic toxins, enhancing its efficiency while also protecting the patient from byproducts. A urea-selective forward osmosis cartridge could not only benefit this dialysis method, but could also be implemented in all urea removal models, including urease and sorbent based methods. Although this technology has many advantages, further refinement is required before it can be used in clinical practice.

#ExpertAnswers: Guozheng Shao and Anna Scott on Developments in Hemodialysis

A Novel Approach to Removing Urea from Dialysate: Methods and Validation by Amino Acid Quantification from InsideScientific Dr. Shao is an Acting Instructor in the Division of Nephrology, Department of Medicine at the University of Washington, Seattle. Dr. Shao’s work recently has won a $650,000 prize from KidneyX. Anna Scott, PhD, FACMG, is Director of the Biochemical Genetics laboratory at Seattle Children's Hospital and clinical assistant professor at the University of Washington. She completed her graduate work in biochemistry and structural biology at the University of California, Davis.

Biochrom is one of the world’s leading manufacturers of Amino Acid Analyzers, UV/Visible Spectrophotometers and Microplate Readers. The company was founded in 1970 to sell and eventually manufacture amino acid analyzers at St. Albans in the UK. In 1982 the now famous Ultrospec range of spectrophotometers were introduced and sold exclusively by Amersham Biosciences, now GE Healthcare. 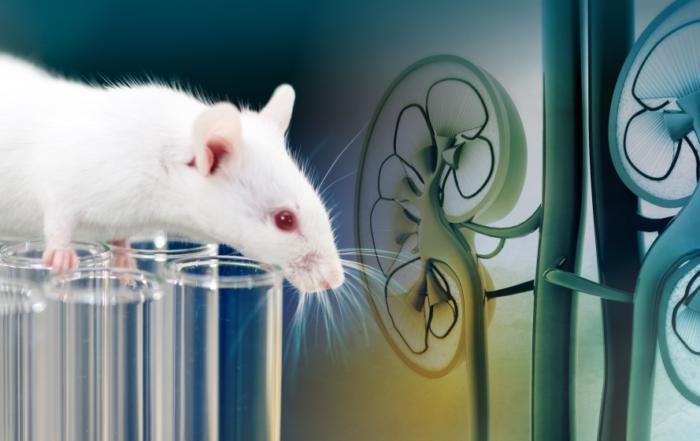