In the first half of this webinar, Professor Treebak discusses metabolic adaptations to exercise and highlights the roles of NAMPT and NAD+ in skeletal muscle. NAD+ is a cofactor involved in many chemical reactions in cells and is important for adaptation to metabolic stress. NAD+ is also essential for muscle integrity, but the mechanisms by which NAD+ synthesis affects muscle health are poorly understood.

To identify such mechanisms, the Treebak group has generated skeletal muscle-specific NAMPT knockout (SMNKO) mice and performed a comprehensive phenotypic characterization. SMNKO reduces NAD+ levels in skeletal muscle by up to 90%, leading to mitochondrial dysfunction, energy deficiency, poor contractability, low exercise performance, and progressive muscle degeneration. The majority of SMNKO mice in this study died prematurely, likely due to the inability to maintain membrane activity.

Viable inducible SMNKO (iSMNKO) mice were generated by the Treebak laboratory to examine how iSMNKO muscle adapts to metabolic stress. Skeletal muscle was found to be resilient to NAMPT ablation in adult mice, since respiratory capacity, mitochondrial bioenergetics, and running efficiency remained the same or similar following training. Furthermore, iSMNKO mice displayed a normal rate of oxygen consumption at rest and behaved similarly during voluntary wheel running. However, the mice failed to increase performance after training, suggesting that increased exercise performance is NAMPT-dependent.

“You may be wondering … do I really need all that NAD+ in my muscle? It may be that there is a lower threshold for how much NAD+ is needed in order for the cell to survive, but I think it’s actually quite low. Adaptation occurs irrespective of these lower levels of NAD+, which I think is quite remarkable.”

In the second half of this webinar, Professor Bartelt discusses the fundamental mechanisms of cold acclimatization in rodent models. Cold acclimatization is a complex physiologic and systemic process that impacts nearly every tissue in the body. When basal metabolism alone is insufficient in maintaining homeothermy, extra metabolism for heat is required, resulting in increased oxygen consumption, blood pressure, and food intake to meet these energy demands. Notable processes for heat production are shivering and nonshivering thermogenesis by myocytes and adipocytes, respectively.

Professor Bartelt categorizes cold acclimatization as cold exposure of longer than 24 hours, but stipulates that it generally takes at least seven days to observe strong BAT recruitment in mice, which mediates nonshivering thermogenesis. The Bartelt group has demonstrated that BAT thermogenic function requires an increase in proteasomal activity for cellular protein quality control, and that Nfe2l1 is a critical driver of this process.

Nfe2l1 is a transcription factor that stimulates the breakdown of obsolete and misfolded proteins, which is a key process in preventing the accumulation of waste in the endoplasmic reticulum-associated protein degradation (ERAD) pathway. Cold acclimatization induces Nfe2l1 in BAT to increase proteasomal activity, which is critical in maintaining endoplasmic reticulum homeostasis and cellular integrity.

“It’s kind of like you’re throwing a big party and then the trash needs to be picked up afterwards, and this is the responsibility of the ERAD pathway during cold acclimatization.”

Professor Bartelt concludes this webinar by discussing fundamental misconceptions of cold acclimatization. Unlike mice, humans have little BAT due to the conditions in which we live and because human thermoregulatory processes are quite different from those of mice. Mouse BAT can be “humanized” (i.e., morphologically and functionally similar to human BAT) by housing mice at higher temperatures and feeding them a high-fat diet. Importantly, cold acclimatization does not require nonshivering thermogenesis, and so cold is an inappropriate testing regimen for this adaptation. Professor Bartelt instead recommends the use of indirect calorimetry to measure norepinephrine-induced respiration as well as tracer studies to measure nutrient (e.g., fatty acid) disposal in tissue directly.

Metabolic Adaptations: The Physiology of Cold Acclimatization and Exercise in Rodent Models from InsideScientific Jonas Treebak, PhD is an Associate Professor at University of Copenhagen. His research focus is on molecular metabolism in humans and rodent models of metabolic disease. The research activities of his group are directed towards interrogating the signaling pathways controlling cellular and whole-body glucose and lipid homeostasis.

Alexander Bartelt is the Professor of Cardiovascular Metabolism at the Institute for Cardiovascular Prevention, Ludwig-Maximilians-University Munich. The Bartelt lab is dedicated to understanding the basic principles of metabolic adaptation as well as the molecular pathology of cardiometabolic diseases. 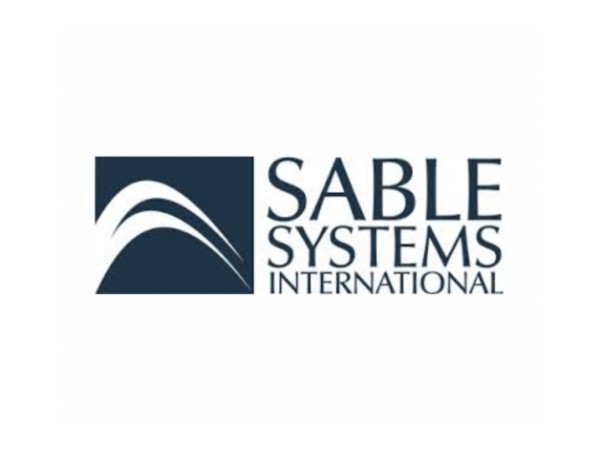 Julio Ayala, PhD and Matthew Robinson, PhD share their research focusing on feeding behavior in mice and the effects of stress and exercise on metabolism. They will discuss neuronal activity and high-fat diets as well as mitochondrial remodeling and exercise training in mouse models of obesity.