Skip to content
Home / Webinars / Moving for a Better Beat: How Exercise Benefits the Heart

Moving for a Better Beat: How Exercise Benefits the Heart

In this webinar, Professor Louise Naylor discusses the benefits of exercise in maintaining and restoring cardiovascular and overall health.

Louise Naylor, PhD, begins this webinar by discussing the effects of exercise on cardiovascular health and overall risk of mortality, and highlights a study conducted by Myers et al. in 2002. In this study, participants who experienced a range of cardiovascular predictors such as hypertension and obesity were compared based on how much they exercised per week. Individuals who performed some amount of moderate to vigorous exercise weekly were found to have a significantly lower mortality rate than those who exercised less frequently, regardless of cardiovascular precursors.

“As little as 15 minutes of physical activity each day is associated with a 14% reduction in all-cause mortality.”

The Physical Activity Guidelines for Americans recommends a minimum of 150 minutes of moderate exercise per week, such as walking, jogging, or swimming. While it is widely accepted that exercise is beneficial for health, is it possible to exercise too much? One study found that individuals who far exceeded the recommended amount of weekly exercise had a slight increase in mortality risk. Excessive exercise can cause an increase in blood markers associated with cardiomyocyte injury, cardiac fatigue, and could lead to fibrosis if recovery is inadequate. These changes in cardiac function are likely a protective adaptation in response to vigorous exercise, however the mechanism behind these changes has yet to be fully understood.

“Exercise is the closest thing we have to a magic bullet”

Most researchers agree that the benefits of exercise far outweigh the risks. However, not all exercise is created equal, and different kinds of exercise may impact people differently. Overall, athletes have been found to have an increased left ventricular mass, but the pattern of left ventricular hypertrophy varies among types of physical activity. For example, athletes who perform more resistance-based training (e.g., weight lifting) tend to have thicker ventricular walls, resulting in concentric hypertrophy, while those who perform mainly endurance-based activities (e.g., running) tend to have increased ventricular cavity size but normal wall thickness, a phenomenon known as the Morganroth hypothesis. However, these athletes were all Olympians and little scaling was done to correlate with their body mass.

To observe whether these changes in left ventricular mass were a result of the athletes’ fitness levels and if they could be induced by exercise in non-athletes, Professor Naylor and colleagues subjected participants to either endurance or resistance training, allowed them to rest for several weeks, and then swapped their training method. While endurance training could induce eccentric hypertrophy, limited hypertrophy was observed with resistance training, casting some doubt on the Morganroth hypothesis.

“If you start exercising and you’re not [seeing the results] you hoped for, you might be able to switch up your routine to get those benefits.”

In a follow-up study, sets of twins performed either endurance or resistance training for three months, after which they returned to baseline and swapped the type of exercise. Similarly to the results of the previous study, endurance and resistance training resulted in increased and decreased left ventricular mass, respectively, further disproving the Morganroth hypothesis.

In the final portion of this webinar, Professor Naylor examines two case studies of individuals who struggled to regain physical activity after a cardiovascular event. The first case study involved a patient with a history of heart failure that required prolonged bed rest; eccentric exercise (i.e., low cardiorespiratory demand) greatly improved their strength and allowed them to return to normal physical activity. In the second case study, Professor Naylor found that exercise games (e.g., Just Dance) were effective in improving physical activity following heart failure. Professor Naylor concludes that although integrating exercise into daily routines can be a daunting challenge, many benefits will soon follow.

#ExpertAnswers: Louise Naylor on Exercise and the Cardiovascular System

Moving for a Better Beat: How Exercise Benefits the Heart from InsideScientific Professor
School of Human Sciences
The University of Western Australia

Dr. Naylor's research focus is on cardiovascular adaptations to exercise training, and application of this work to optimize clinical outcomes across the life span. Her work also spans the spectrum of health and disease, from elite athletes to chronically ill individuals creating a multifaceted understanding of cardiovascular physiology.
Watch Webinar 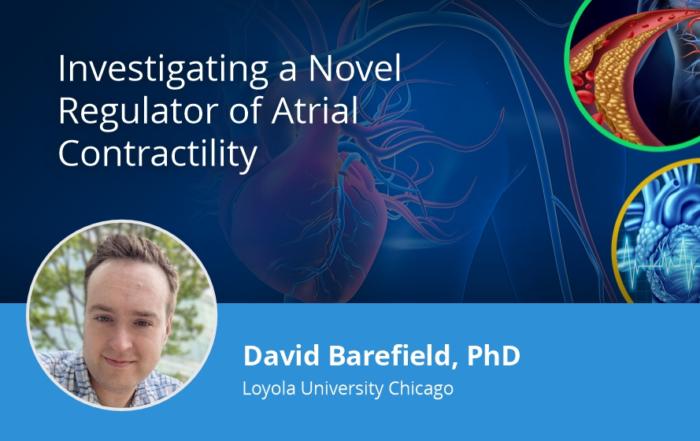