This episode of Share Science features Saskia De Man, PhD, Marrit Putker, PhD, and Pirouz Daftarian, PhD, from Crown Bioscience, who recently presented a webinar on the impact of T cell-directed immunotherapy on the cancer-immunity cycle. In this interview, they take a deeper dive into some of the concepts that were discussed in the webinar and address some of the best questions that were asked by the audience.

Was there any feedback from the audience polls during the webinar that stood out to you?

Saskia: Yes, the first poll we showed during the webinar was on what kind of assays our audience uses to evaluate T cell therapeutics, and what really stood out to me was that a large percentage replied that they still focus on cytokine analysis and flow cytometry readouts. In the webinar, we described our high content imaging (HCI) platform, and I wanted to share a bit about how that is different and what that can add compared to those cytokine readouts. For example, our HCI platform can not only assess whether immune cells are activated, but effector function as well; we can determine if they’re migrating, infiltrating, and killing tumor objects.

“One of the great things is that also at Crown Bioscience, we can combine these different readouts.”

At the end of an HCI assay, it’s always possible to also collect the supernatant, and some of our biomarker teams can analyze those. Really, to know effector function in addition to the activation status can be very useful in answering many research questions, so that really stood out to me from the first poll. Maybe Marrit can give some insight into the second poll.

Marrit: Definitely. I think one thing to add to what you were saying, Saskia, is that it’s very interesting to review those different parameters because they don’t always align. If you find an increase in your cytokine profile, it doesn’t always mean that you’ll see increased killing, so I think the fact that we can distinguish those two readouts is actually a nice added value for the platform.

Saskia: Yes. I think we’ll talk a bit later maybe about our checkpoint inhibitor assays there. For example, even though we see large increases in interferon gamma (INF-γ) production signaling activated immune cells, we don’t see enhanced killing effects. That is a discrepancy that is indeed interesting to measure with the different techniques.

Marrit: For the second poll, we asked: what cancer indications are of interest to you? We had a whole list of cancer indications listed there, including brain, breast, lung, liver, pancreatic, gastrointestinal, kidney, prostate, and cervical cancer. What was nicely indicated is that our audience has diverse interests in these fields. There was a very clear enrichment for the classical lung, breast, and gastrointestinal cancer interests, but overall, I think we actually see interest in most of those indications.

We also received questions in the chat regarding which models we actually have available at Crown Bioscience and for which assays. It’s safe to say that for the in vitro platform, we have availability for all of the epithelial tissues. For the ex vivo platform, we also would probably have brain tumors, but for the organoid platform, we only have models available for epithelial tissues, which is kind of everything I just named without the brain organoids. We have more than 17 tumor indications available, and we can use all of them in all of the assays that we described. For example, all of the co-culture assays that Saskia discussed during the webinar are available.

“Most of the indications have already been tested. Some of them will still need to be optimized, but so far, all of them have been successful.”

On top of that, of course, we can do simple co-cultures as well as reconstituted tumor microenvironment (TME) assays. We have all of those organoid models available where we can combine them with immune cells, but also, for example, with cancer-associated fibroblasts and myeloid cells. These types of co-cultures will also be mentioned and actually discussed in-depth during our next webinar.

Lastly, we have more autologous setups. I described one during the webinar, which involves deriving the tumor-infiltrating lymphocytes or peripheral blood mononuclear cells (PBMCs) from the same patient and putting them into a co-culture. Additionally, we have this ex vivo patient tissue platform where we derive tumoroids directly from the tumor and seed them into plates, so really, running drug screens with primary tissue. Because it’s so primary and all of the TME components are in those cultures, you can look deeper into the autologous responses.

Saskia: Maybe I can touch on that as well, because we were also asked which assay is the best to use. Of course, the answer depends very much on your research question, but I just wanted to touch upon what we can do with both systems, starting with the allogeneic setup.

“We can really run many conditions, many plates, because we’re working with healthy donors, so for the blood, you get large amounts of cells which allows [for] a large testing capacity.”

Also, we see very good assay windows for many treatment modalities. For example, we get really nice results using allogeneic setups for antibody-dependent cell cytotoxicity, bispecific antibodies, and cellular therapies, things like that, or other immune modulators that target, for example, the myeloid cell compartment. The autologous system can be very important for some drugs as well, which will be discussed more in the next webinar, but it also comes at some cost. For example, scalability and reproducibility are more difficult there because you are limited in the material that you can get from one patient.

I think one treatment modality that I left out of my list just now is checkpoint inhibitors. In the conventional setup of the allogeneic system, it’s very hard to observe any responses on killing. However, in the primary tissue platform, we really do see response rates similar to those in the clinic (i.e., about 20% depending on the indication). Also, we think that by optimizing the autologous system with organoids, as Marrit discussed in the webinar, we might be able to test that at some point. Getting allogeneic PBMCs into an exhausted state might also help us get a bit closer to that phenotype that correlates with checkpoint inhibitor reactions. That’s the little difference between autologous and allogeneic systems that I wanted to touch upon.

Is Crown Bioscience’s T cell dysfunction and exhaustion assay ready for the screening or characterization of immunomodulatory drug candidates?

Pirouz: The assay that I described in the webinar is ready in the sense that we have a few rounds of T cell activation or stimulation as it happens in the tumor deposit to model it. In our setting, we have the upregulation of co-inhibitory molecules as a positive feedback, as well as the inhibition or suppression of functional parameters such as key cytokine measurements like INF-γ. On top of that, we can also show whether killing has been compromised or suppressed. In that sense, the assay has been repeatedly reproducible in different donors.

In terms of reversing or curing this T cell exhaustion, this is the stage we are at right now. We will be happy to include a drug candidate for this phase of the T cell dysfunction/exhaustion assay. Multiple readouts are possible from this assay, but the main ones include cytokine measurements and co-inhibitory molecule immunophenotyping. We are also conducting a killing assay to show the effect of drug candidates on reversing the lost killing ability of the exhausted or dysfunctional T cells. This assay also can be translated to chimeric antigen receptor T cells. Click the button below to learn more about the role of T cell biology in cancer immunotherapy!

Listen to the Podcast 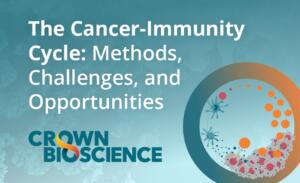 If you’re interested in learning more about the cancer-immunity cycle and related methods, challenges, and opportunities, click the button below to register for the webinar series!

Register for the series