These answers have been provided by:

How can we project decision-making in humans from rats, considering their large differences?

There are indeed large species differences, but rats evolved to address many of the same environmental demands as humans, and there is considerable structural and functional homology between rat and human brains. In addition, a large body of research shows that at least some forms of decision making (e.g., impulsive choice) follow the same rules across species.

Congratulations on a fine talk, and on exploring sex differences. Are others in your area also starting to explore sex differences, and how is the concordance among labs so far?

Thank you – there’s a growing body of behavioral neuroscience research on sex differences in decision making and cognition (this is a big change from 10 years ago). The literature on punished behavior and sex differences seems to be reasonably consistent, but that on sex differences and impulsive choice is more varied – I suspect due to different ages, delay durations, and task designs.

Does your work suggest that females are more impulsive? How does your animal work compare to human studies?

The results in the risky choice model do a reasonable job of mimicking sex differences in humans, particularly when it comes to decision making under risk of explicit punishment. The data on sex differences in impulsive choice in humans are more varied, although the preponderance of the evidence is probably that females are more impulsive than males. Harriet de Wit published a review on this topic a few years ago.

How long is the training process?

Both the risky and impulsive choice tasks take about 4–6 weeks of daily training to achieve stable performance in rats.

Would it be possible to use a similar task design to study decision making in mouse models?

We tried using the exact same task designs in mice years ago and could not get either the impulsive or risky choice tasks to work. That said, other labs have used slightly different task designs in mice to some success, e.g., for impulsive choice, Henry Yin had a recent paper in The Journal of Neuroscience, and Suzanne Mitchell has published a number of papers on the topic. For risky choice, Andrew Holmes had a recent paper in mice.

How do you see new models (not including animals) being used for this research?

I’m not quite clear on what is being referred to by “new models”, but if the reference is to computers or cell culture, neither of these comes close to mimicking the complexity of the mammalian brain and are thus of limited value for the study of decision making.

Were you able to demonstrate that rats really see the difference between 1 pellet and 2 or 3 pellets? Are 2–3 pellets really more attractive than one?

Great question. The fact that rats choose the large reward (be it 2 or 3 pellets) over the small reward (1 pellet) when there is no cost (i.e., in the first block of trials) shows that they can definitely tell the difference, and that the larger reward is preferred.

How many sugar pellets did rats in the control group obtain in these 6 hours?

Could cocaine use cause a reduction of D2 which increases risky behaviors?

Are there known sex-differences in D2 expression in the striatum that might contribute to sex differences seen in risky decision-making?

Good question – there is some limited evidence for sex differences in striatal D2 receptor expression, as well as evidence for their modulation of expression and function by gonadal hormones. Whether and how these differences contribute to differences in decision making is unclear, but it is certainly a possibility. Todd Gould also had a paper on this topic a few years ago (Georgiou et al. 2017)

Thank you for the great presentation. Have you considered the check and balance between cognitive factors such as prefrontal cortex and orbitofrontal cortex to the D2 impulsive system?

Indeed we have! We’ve assessed the roles of both medial prefrontal and orbitofrontal cortex on risky choice, and found that they seem to play distinct/opposite roles (Orsini et al. 2015 and 2018).

Great talk. Any comments on the circuitry supporting punishment-based risky decision-making? Beyond the vSTR and dSTR?

Absolutely. Both orbital and medial prefrontal (prelimbic/infralimbic) cortex contribute to task performance. mPFC seems to enable flexible shifts in choice across blocks of trials (Orsini et al. 2018), whereas lesions of OFC promote risk aversion (Orsini et al. 2015). The basolateral amygdala plays a major in risky choice, in that both lesions and optogenetic inactivation can drive choices toward either more or less risky taking, depending on the timing of the inactivation (Orsini et al. 2017). Finally, Steve Mahler’s lab just published a paper in The Journal of Neuroscience showing a role for ventral pallidum in risky choice.

Have you investigated potential pathway interactions between D2 receptors and gonadal hormones?

We have not investigated this topic, but there is good evidence in the literature for such interactions.

Have you tested whether estradiol antagonist rescues risky decision making in the orchiectomy group?

Good question – we’ve not assessed this, but it makes sense that this might work.

Would you expect alcohol to affect risky decision making?

Good question – we’ve not done any work with alcohol and risk taking, but I would expect that there would be effects. For example, see the work of Jeremy Clark on adolescent alcohol and performance in another model of choice behavior.

What is your opinion on the models stating that cocaine self-administration in rats is induced once a certain concentration of cocaine is met and inhibited upon reaching an upper limit? Are you familiar with any studies showing the same in humans? Thank you for your time. 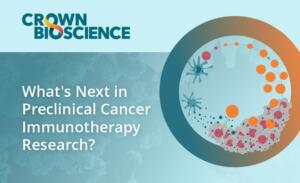