Skip to content
Home / Webinars / From “Artificial” to “Real”: What 24/7 Home Cage Monitoring Teaches Us In Pre-Clinical Neurodegenerative Disease Models

In this webinar, Dr. Stefano Gaburro and Dr. Brun Ulfhake present a non-invasive and scalable technique called the Digital Ventilated Cage (DVC), and demonstrate its use for longitudinal studies of neurodegenerative disease models and the study of biorhythmicity in small rodents.

Dr. Gaburro begins this webinar with an introduction to Tecniplast and their history of innovation in home cages and animal housing, including the recently developed DVC system. The increasing need to monitor animals continuously is highlighted, from both an experimental and animal welfare perspective, as this allows for nighttime and unlimited observation in a controlled environment. Animals spend the vast majority of their time in the home cage, which differs considerably from a temporary housing environment commonly used for observation. One advantage of DVCs is that they allow for monitoring of animal movement four times per second without experimenter contact via electrodes in the base plate. A number of publications are cited, demonstrating that the electromagnetic fields produced by the electrodes do not affect animal behavior and illustrating the utility of DVCs to assess locomotor activity. The system allows for determination of baseline data in different mouse strains, responses to cage change, and sex differences, permitting study of these parameters in animal models.

SOD mice are a model of amyotrophic lateral sclerosis (ALS), and experimental protocols to study locomotion in these animals using DVCs are described together with the results; DVC data were also validated by comparison with values obtained using a grid inversion method. In the next study presented, preliminary DVC data collected in a mouse model of Parkinson’s disease are shown, demonstrating the potential application of this system to other research questions. Dr. Gaburro concludes his portion of the webinar by summarizing the benefits of the DVC system and how it may reduce animal stress while continuing to collect data.

In the second half of the webinar, Dr. Ulfhake introduces the use of HCM to study rhythmicities of small rodent in-cage activity and rest. These rhythmicities include circadian rhythms, slow seasonal-like rhythmicities, internal oscillators (such as different stages of life), and external oscillators initiated by external triggers (such as recurring husbandry routines). Some examples of possible data analyses are given, including spectral, functional, and decomposition analysis, followed by data demonstrating circadian changes in activity and rest in conjunction with indirect calorimetry to assess metabolic rate. Additional data illustrating differences in activity in relation to housing density are shown, followed by experiments revealing how husbandry interventions such as changing cages resulted in a large increase in activity over several days.

In the next portion of the webinar, Dr. Ulfhake discusses slow circannual rhythmicity and the notion that these changes are not seen in experimental animals housed under controlled conditions. Using HCM over extended periods of time (months to years), circannual changes in activity level of unknown origin are demonstrated, entrained to the same rhythm within individual cages; using these large data sets permitted analysis of slow, weekly, and daily oscillations in activity.

“. . . we will have access to data that we did not have access to previously, which will help us to get insights into the normal behavior that were hidden to us . . .”

Dr. Ulfhake concludes this webinar with an introduction to bouts of activity, including characterization of bouts into high, low-to-medium, and rest categories, before summarizing the benefits and limitations of the DVC HCM system.

From “Artificial” to “Real”: What 24/7 Home Cage Monitoring Teaches Us In Pre-Clinical Neurodegenerative Disease Models from InsideScientific Dr. Stefano Gaburro has a strong academic background in preclinical research (mainly neuroscience). In his former role at DSI and now at Tecniplast, Dr. Gaburro has helped researchers refine their scientific approaches to improve their methodologies and use of lab products. Aside of his primary role, he has also served as Steering Committee member for the American Physiological Society (Neuroscience and Physiology in Industry) for many years.

Brun Ulfhake was appointed Professor of Anatomy at Karolinska Institutet on 1 March 2001. He has had a number of engagements in both teaching at Karolinska Institutet and animal experiment ethics issues; among other things as director of studies for anatomy education. Since January 2013, Brun has been head of operations for Comparative Medicine. His research focuses on aging and the genetic predispositions and gene regulations that are behind the disabilities that come with increasing age.

Tecniplast holds a strong track record in the design and delivery of innovative, high-quality products for the laboratory animal industry worldwide. As of today, we have delivered more than 23,000 IVC racks while our installed base of rack/cage washers surpasses 500 units, worldwide. 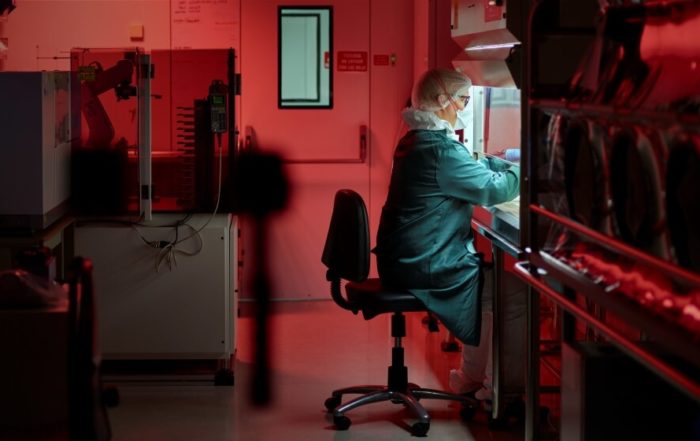 Joanna Moore and Kenneth Dyar present applications of the DVC® system from different research perspectives and discuss how home cage monitoring can be used to study animal model development, physiology and behavior Experts discuss current biosafety requirements and what home cage monitoring can teach us in bioexclusion and biocontainment studies.